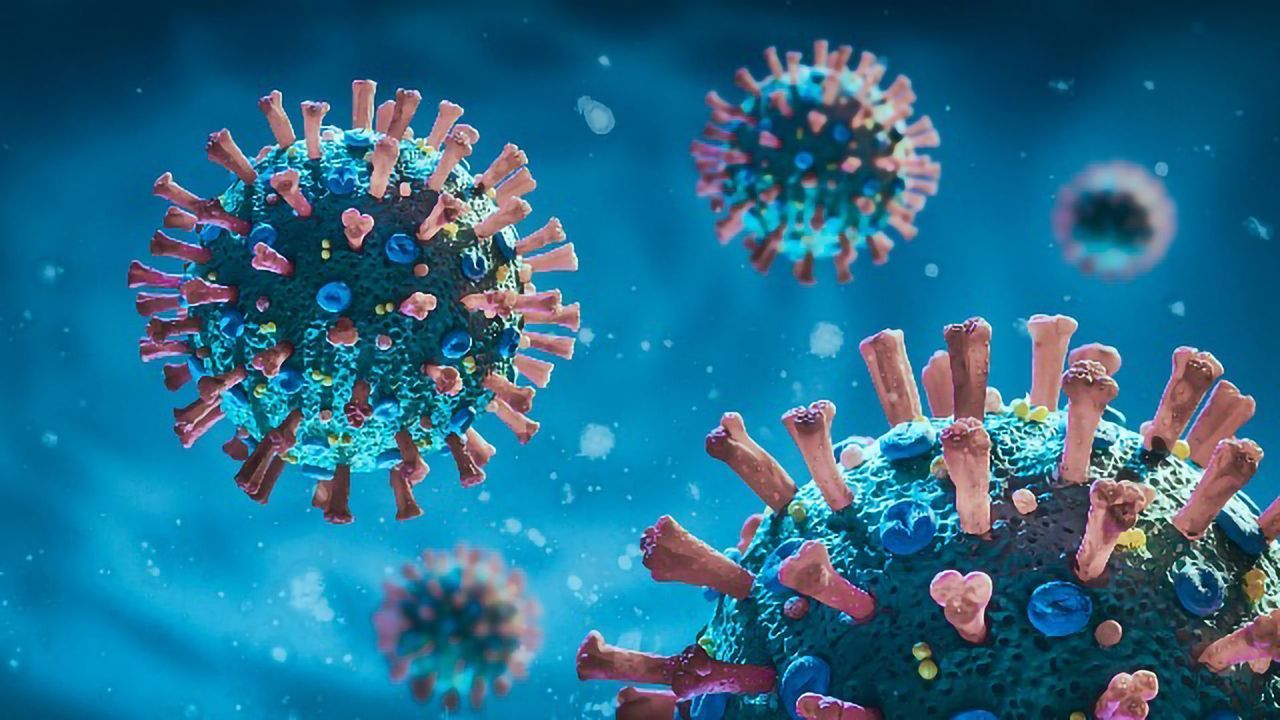 Dell Bigtree, RFK and the other groups of shysters play on the ignorance of mankind when it comes to the reality of the virus. Most people have no clue that your body is made up of over 380 trillion viruses inhabiting us simultaneously.

The secret is to keep the nastier ones at bay. You need to be healthy and take care of yourself. Don’t eat crap food. Don’t drink crap liquids and breathe in chemtrail-laden air… and you will be off to a good start and never need to be jabbed to maintain excellent health. And, their other part of the LIE is that they claim that people aren’t able to fathom the truth so they have to lie about getting their minds to crack open about their lies.

It is the biggest construct of Idiocracy I have ever witnessed in my life here on this planet. It is no wonder nothing ever gets done when it comes to this front. The blind leading the blind is taken to a new level.

Of course, they make millions of dollars on the grift while traveling first class around the world drinking fine wine and all the perks that go with lying, cheating, and stealing. But that’s the way man is now. Why would they be any different?

Just because you don’t have the flu doesn’t mean that your aren’t teeming with viruses inside and out. But what are all these viruses doing, if they aren’t making you sick?

Meet the trillions of viruses that make up your virome

It’s germ theory that says viruses make you sick. There really isn’t any hard scientific evidence for this claim.

And it’s merely a theory. I don’t believe any virus has been isolated and those who say they have done don’t even use the scientific method.

I find it odd that you would write this misrepresentation that suggests that viruses (defined as disease causing, contagious micro-pathogens) even exist, after you already wrote a blog entry in January that briefly summarizes the truth. That being, the whole concept of viruses is completely fabricated for the purpose of covering up the true causes of disease coming from toxins. The majority of which are intentionally adminstered via poison cocktail injections, and much of the rest through processed foods, tap water, drugs, pesticides, radiation, etc.

By getting everyone to believe in an invisible, microscopic boogeyman as the cause, they fool them into getting injections they claim will prevent such diseases, when it is those very injections that are the cause of most diseases today.

Anyway, the inconsistency between those two entries, especially in that order of time indicates discrepencies that could be damaging to your credibility. This particular blog entry would be more accurate if you replaced the word viruses (the origin of said word being defined as a poison), with bacteria.

Most of what is taught about bacteria is false as well. We can’t live a healthy life without it, as the intestinal flora is vital to proper digestion, nutrition absorption, vitamin and amino acid conversion, and more. Likewise, the appendix is vital for maintaining optimal gut health; so it became common practice to remove it, even when healthy, anytime there was any sort of surgery in the abdomen; falsely claiming it’s a common risk Which leads to another important factor that is making people chronically ill; overprescribing antibiotics, which wipe out the vital bacteria. This leads to all sorts of illnesses and nutrition deficiencies that most doctors will never accurately identify; rather they’ll prescribe drugs that cause more damage, because their education is propaganda designed for profit, not health, and their license forbids them from curing any disease with natural, real medicine that was widely used before the Rockefeller takeover of the medical and education industries.

Bacteria only becomes harmful in a toxic environment, or when it is consuming decayed organic matter. In these cases it morphs into another type of bacteria that is generally not meant to be on or inside of a living body, and it expels toxic waste byproducts as it consumes the dead material. Avoiding antibiotics, harsh drugs, hard alcohol and toxic seed oils (such as Canola and Soybean) are all key to maintaining a more alkaline internal PH. If the internal PH is constantly acidic with a lower blood volume of oxygen, that’s how diseases like cancer develop. Cancer is nothing more than aeorbic cells mutating into anaeorobic cells which can build a tumor as a defence mechanism to encase the acidic toxins that the unhealthy body is unable to remove due to toxin overload and reduced liver/kidney function, amongst other things. Biopsies are dangerous because they release the toxins back into the body and they could end up settling elsewhere to cause more cancer. Throw in the last major component of disease that is highly underrated (which is also intentional), parasites, and you’ll end up dying if you depend on an allopathic doctor. Parasites are almost always present with cancer, so those tumors are also carrying eggs and larva. Doctors aren’t allowed to cure disease naturally, they’ll lose their license that they spent $100k-$200k and 6-8 years to get. They are still paying off the student loans for it. The perfect recipe for an operative that wil, carry out the evil agendas in medicine, even if they know its wrong. Why else would they get to take a cut profits of the chemotherapy (which is actually surplus toxic mustard gas from WW2) they sell you? Which will only guarantee that you’ll either die, or get cancer again if you happen to survive such a blatantly awful treatment.

The whole system is corrupt by design and weaved into every other facet of unnatural, modern living that we will need to abandon at some point, before it is too late. The indoctrinated masses blindly support and trust the very system that has lied to them about everything while they are enslaved and slowly killed; all the while they believe that they are “free”. I was thinking, perhaps the “image of the beast” is the damn smartphones that everyone is addicted to and looks to for every answer. The “Neon God” mentioned in that song, “The Sound of Silence”. Enslaved by the very technology they think makes their life easier. It’s only made most lazier and weaker, of mind, body and spirit, and separated them from the source of their salvation.

Anyway, I got a little carried away there, so I’ll stop writing now, as I could go on for a long time. I’ve researched health related items since I was a child. I too was vaccine damaged at 5 years old, and nearly died. Had incredbly high fevers and the worst flus several times a year, painful joints, respiratory and heart issues. They totally wrecked my childhood. I didn’t start making huge improvements until I started taking herbs and a lot other natural remedies to detox the awful poisons I was injected with. Took over a decade to get back to mostly normal. So that led to my motivation to figure out what happened, and I eventually discovered beyond all doubt that it was the vaccines I was given before starting kindergarten. Since then I’ve become quite an expert on naturopathy and only ever go to an allopathic doctor for the occasional physical and blood panels. If something is off, which is rare, I know the best remedy and always refuse the doctor’s recommendation. Oh there I go again. All the best to you.

iceOlate Very well-said and truthful what you wrote. Thank you for sharing your story and deep knowledge. 🙏 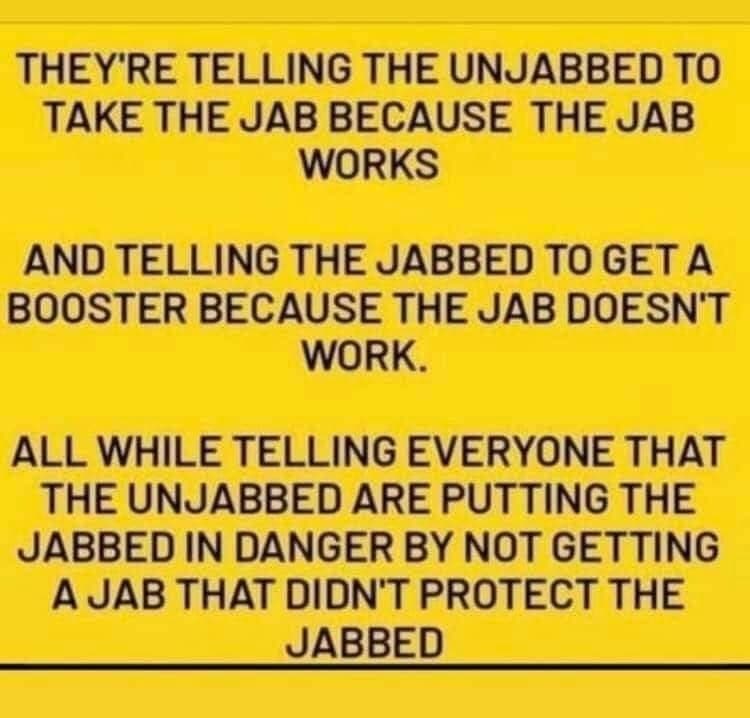 Are the Convoy Leaders Legit?

Symbolism is Important
Scroll to top
We use cookies on our website to give you the most relevant experience by remembering your preferences and repeat visits. By clicking “Accept”, you consent to the use of ALL the cookies.
Cookie settingsACCEPT
Manage consent