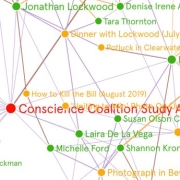 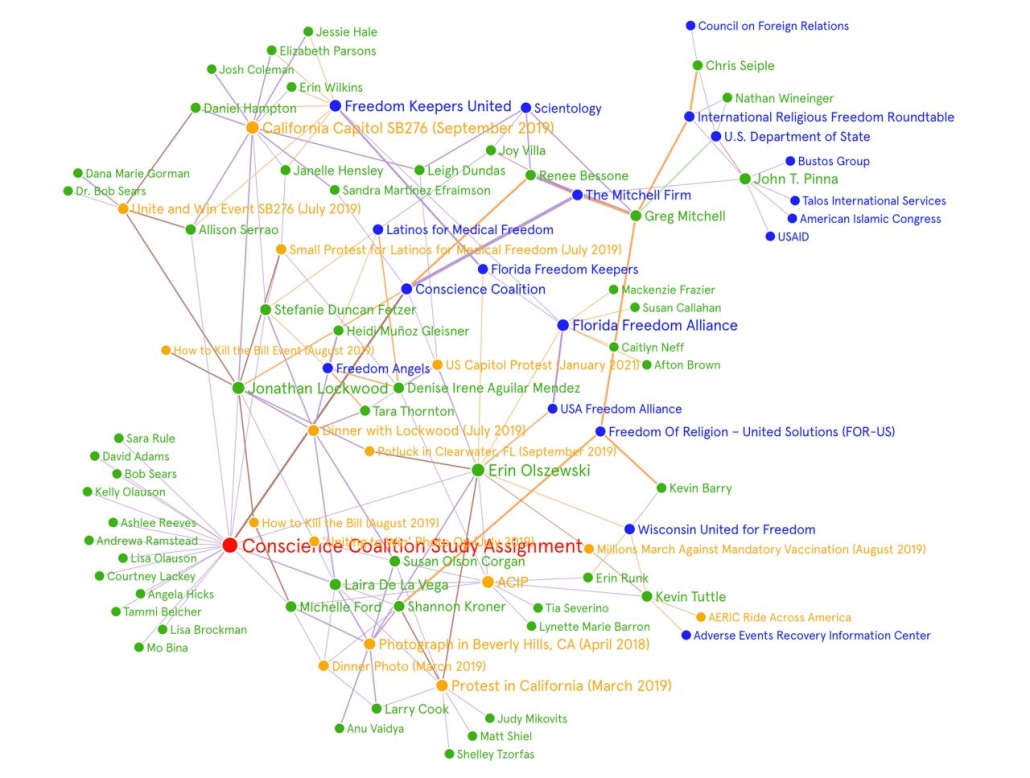 The Del Bigtree Syndicate with many pharmaceutical ties and investments infiltrated every activst group made up of parents of quaxzine injured and dead infants adolescents and teens in 2016-2019…  INCLUDING MYSELF.

They toured the country in a black bus and etched/recorded the names of the victims promising them the world and delivering nothing while pocketing millions and creating never-ending jobs while pushing the virus lie. 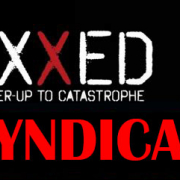 I found this entire project to be a strategy from day one to gather vaccine injury stories, make videos highlighting the stories from vaccine-injured families, package it, sell it, exploit it, scale it and create a never-ending revenue stream of stealth income from charities, non-profits and their supporting cast of grifters, while NEVER giving a dime back to the parents and children they exploited.

This also gave the supporting cast an incredible opportunity to expand their “influencer” status and sell their newest books, videos promote their MLM’s and nonprofits all under the ruse of “spreading awareness.”

What I didn’t realize was that this whole thing was set up for some very well-placed people with dubious backgrounds to CONTROL the show and if you were an outsider who asked too many questions you would be narcissisticly gas lit and your reputation ruined by the cult in an effort to shut you up.

I had many, many long conversations with many people at the top; one of them being Sheila Ealey (ask her). I really believed that she was real, authentic and truthful. It was clear that she was not happy with the direction Del Bigtree was taking things and Bigtree himself was despised by most on the VaxXed. We sometimes would talk for hours sharing secrets and I supported her in her health journey with certain things she needed. I also sent her money in her support. I thought she was my best friend. She even told me that I was appointed to “take Del Down” and I could not walk away. Through our lengthy conversations, she told me that few if any liked him.

It was at this point I began to go deep in my research and found even more disturbing information.

In early-mid 2018 I began to have long conversations with Joshua Coleman. Which I documented and tape recorded as it all seemed over the top. (one party recorded conversations are legal in Arizona). You never know exactly what to believe with Josh and none of these people can be trusted. That is another chapter of the charade.

I fully believe now, in addition to the making of millions, that the whole thing was a setup to make anti-vaxxers look crazy. Just look at the people that make up that anti-vaccine / health freedom Dell Bigtree Movement. Crazy people with an agenda to party have drinks and dinners and fly to events and LOTS more. One crazy was Lynette Marie Barron and ex-porn star Tia Severino who performed under the stage name “TENDRA DEMIAN” and who later faced criminal charges of prostitution and other innuendos. (You  can find/view her films on Netflix)

I hope my HONEST and FACTUAL account of the events that took place from 2016 to now gives you an idea of just how deep this went and how far they would go.

I have ALWAYS been honest and transparent on my accounts and experiences with this situation and these players.

BUT HERE WAS A QUESTION THAT HAUNTS ME TO THE DAY:

WAS JOSHUA AND SHEILA JUST PLAYING ME? WERE THEY IN IT TOGETHER? I THINK NOT. BUT WHO KNOWS. IT WAS AN ELABORATE SCHEME.

Joshua Coleman was another one that fed me information along with Sheila Ealey. What’s interesting is either they did it deliberately. At this point, my gut tells me it was deliberate.

They drew me in to extract information to make sure I wasn’t going to be a HUGE liability since I could no longer be an asset. Without getting into details I can attest that the information I was given was either true or a flat lie. I believe it was the truth. I fully believe now the whole thing was a setup to make anti-vaxxers look crazy… including me.

Just look at the people that make up that “safer vaccine movement” disguised as an anti-vaccine movement. Crazy people with an agenda to party, to sell, to rent, fly around and live the life. The whole thing was a setup to draw in even more parents with vaccine-injured kids so they would get a better draw in their monetary endeavors of nonprofits and charities. 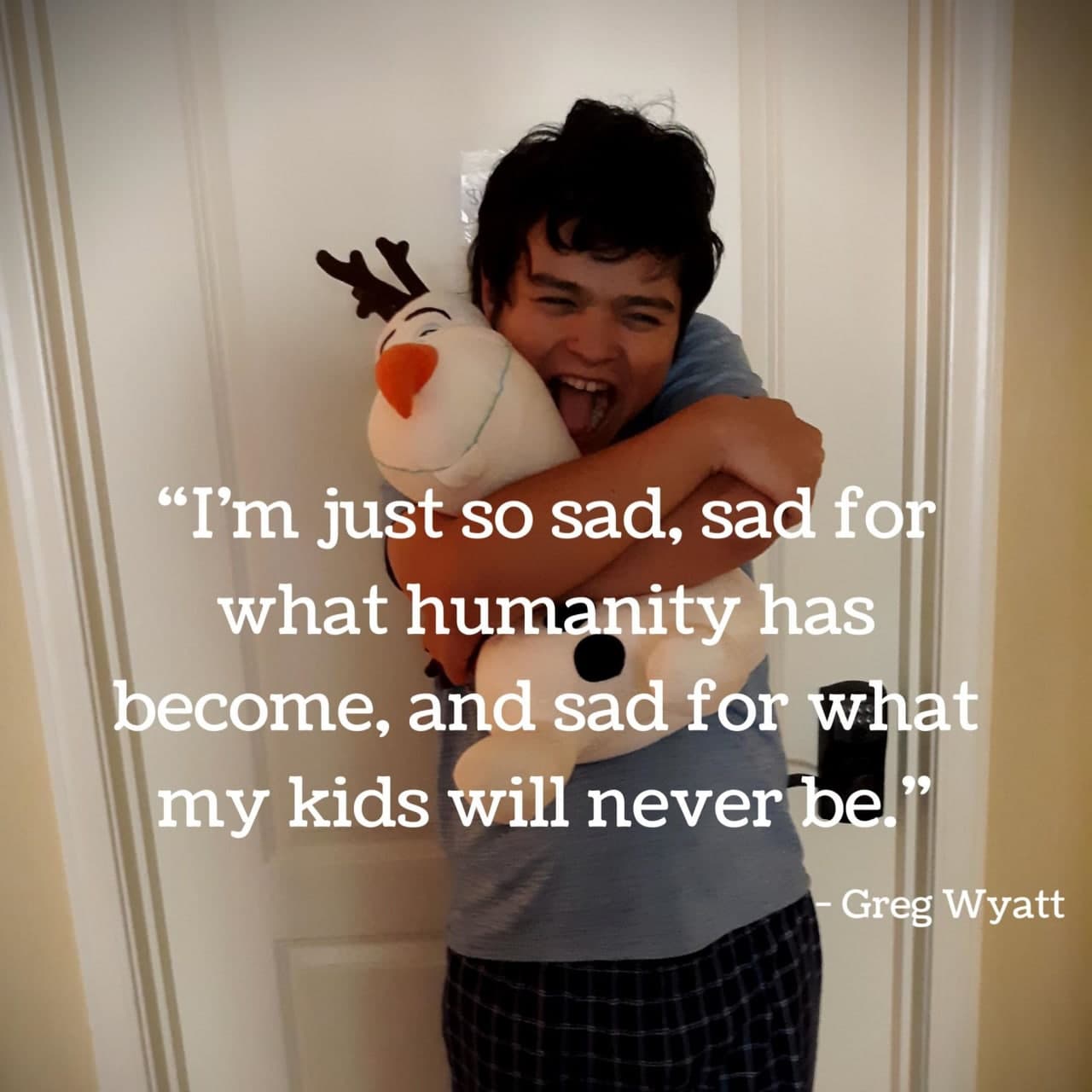