Del Bigtree is paid over six figures for his legislative work. How effective and successful has he been since his organization’s inception in 2016?

What has he accomplished while working with Mark Blaxill and Jen Larson?

Creating orgs that host his speaking tours supported by Scientology and Nation of Islam?

Are Del Matthew Bigtree and Robert F. Kennedy Jr., and their non-profits and charities comiting non-profit and charity fraud?

UPDATE: We now have a transcript of the interview here:
https://gregwyatt.net/ksco-interview-transcript/

Pre-VaxXed 2013 – I used to head up dozens of parent groups, building an army of hope in our soon-to-be cannibalized and absorbed grassroots AV movement before Del Bigtree and his stealth plans emerged.

I used to get 100 Facebook notifications/messages an hour from other parents wanting to change the world while personally posting the story of my injured children nonstop.

Over that time I spent six figures of time and money while never asking for one dime and working 16 hours a day!

That is why I am solely focused on exposing these actors and grifters who have put millions of dollars in their pockets with the blood of millions of Westons and Emilys on their hands and accomplishing little to nothing except more carrots, endless events, speeches, movies, books, and ticket sales.

THANKS TO FOLKS LIKE YOU, PEOPLE ARE WAKING UP TO HIS DARK OPERATION! 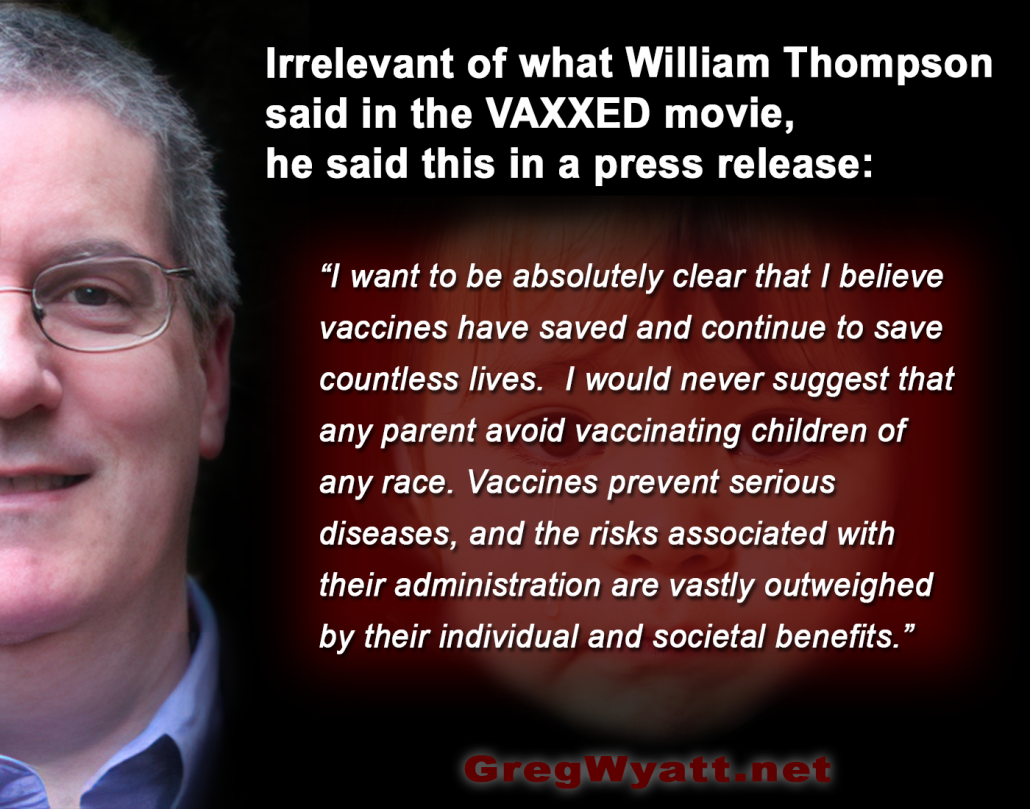 Irrelevant of what William Thompson said in the VAXXED movie, he said this in a press release:

“I want to be absolutely clear that I believe vaccines have saved and continue to save countless lives.  I would never suggest that any parent avoid vaccinating children of any race. Vaccines prevent serious diseases, and the risks associated with their administration are vastly outweighed by their individual and societal benefits.” 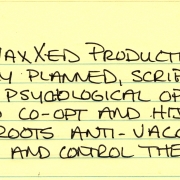 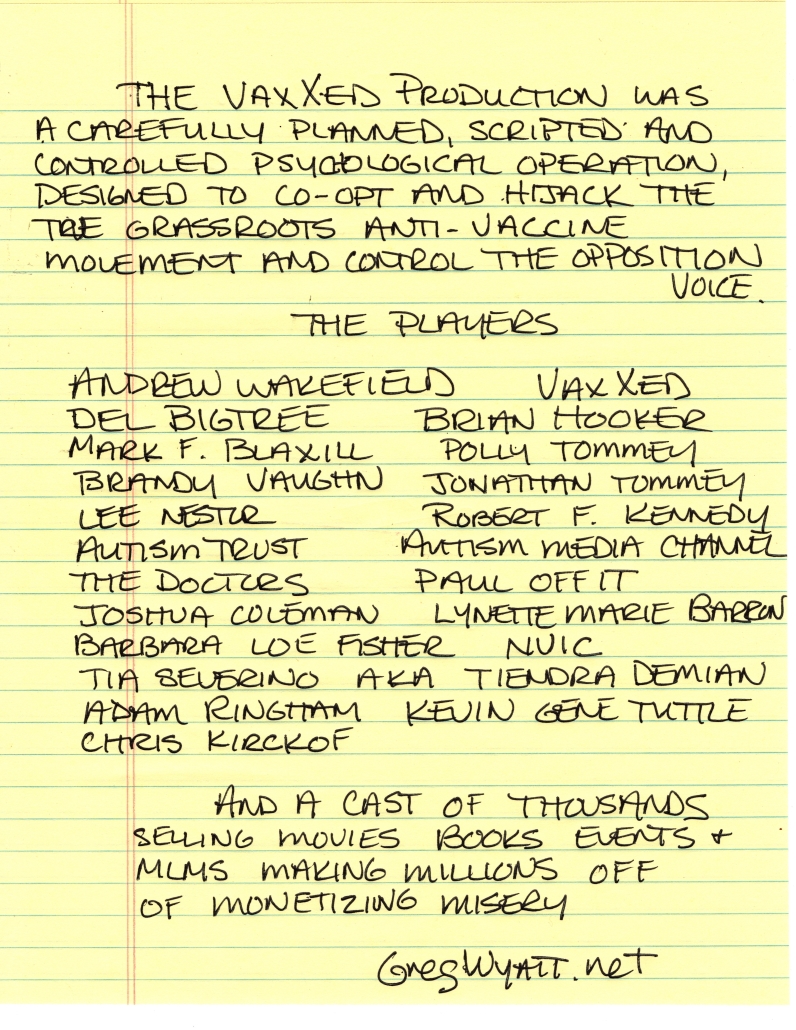 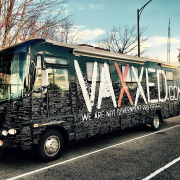 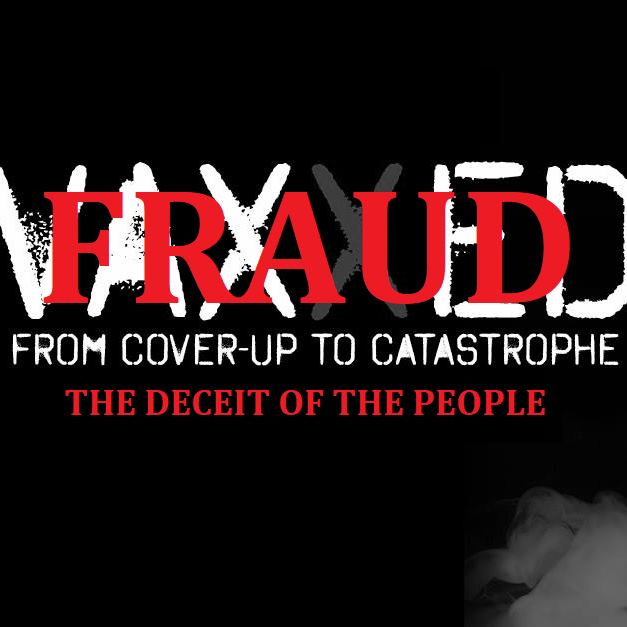 The VAXXED production was a carefully planned and controlled psychological operation, designed to co-opt and hijack the true grassroots anti-vaccine movement and control the opposition voice.

I don’t do this for fun! 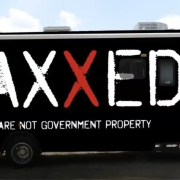 In 2017 I sense there was something totally amiss about the movie VAXXED and the people involved with it.

I’m sure many of you remember they made a big deal that the bus originated and was resurrected out of the flood of Katrina. That fit real well into their narrative of rescuing. Much of what I discovered did not sit well with me and it led me to dig even deeper. And as a researcher, I started unraveling the lies.

Unfortunately I couldn’t share it with anybody because if I did I was marginalized, gaslit, and narcissied to a point of insanity. This was a well-run psyop that monetized misery and made millions and millions of dollars for those involved and still does today.

Please open your eyes and see the truth.