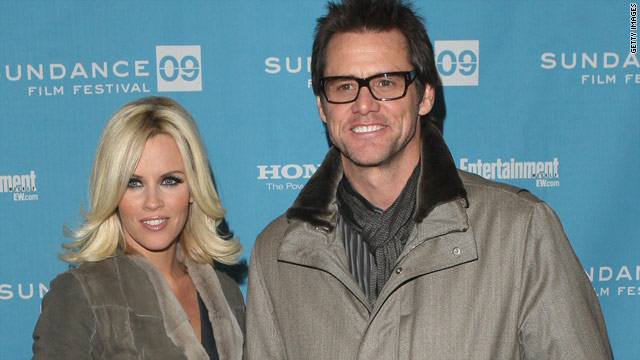 Many good operations need celebrities to help sell them to the public and gain their trust. Tom Hanks, Matt Damon and Robert Deniro (Deniro means money), are a few examples and there are many, many more.

Jenny McCarthy and Jim Carey were used by the deceivers to create the false “MMR causes Autism” narrative which was eventually used as part of the larger controlled op with Andrew Fakefield. There could be some truth to it (in theory) but more likely than not, it’s a red herring, simply because it was pushed into the spotlight and the mainstream, given mass coverage, and popularized as a legitimate “controversy” as part of the Del Bigtree and Andrew Wakefield Vaxxed co-opt, which allowed them to lead the public astray and turn the whole thing into a clown show.

Now, I don’t think either of these airheads are necessarily “in on it” per se (although they certainly could be). But celebrities have a certain power and influence over the braindead masses who worship them, so they can be useful tools to push an agenda.

In this example, the agenda is setup to look like it’s “anti-vaccine”, but really it’s just misdirection, as usual. The idea is to create a false claim (MMR causes autism) which helps them cover up the real crimes that Big Pharma is committing and also helps them to cover up what’s really causing autism. It keeps things confusing and keeps the investigators chasing the wrong things.

It also allows them to eventually come in and DEBUNK the false claim and then make the so-called “anti-vaxxers” look like crazy lunatics. By doing this, the deceivers also achieve another goal which is to prop up Big Pharma and legitimize vaccines. “Oh, those MMR cause autism claims were debunked, vaccines are safe.” Score one for Big Pharma.

Something is causing autism, but the most parents with injured children are unfortunately seduced by these operations because they don’t understand these sophisticated operations They are easily manipulated and deceived and get led further away from the truth and towards the slaughterhouse.

So here’s what Jenny McCarthy’s children’s Pediatrician has to say about the MMR Vaccine (see Tweet above).

“If you are living in the midst of a measles outbreak and you have an older unvaccinated child to whom you have been reluctant to give the MMR, now’s the time. There are personal AND public health considerations.” – Jay Gordon MD, FAAP

What an absolute clown… first of all – who is living in the midst of a measles outbreak? Where? Is this guy for real? This is the doctor that “famous anti-vaxxer” Jenny McCarthy takes her children to? What a damn joke!

Here’s a blurb from this bimbo’s WikiPedia page.

She has promoted the disproven idea that vaccines cause autism… McCarthy’s outspoken views have attracted controversy and been considered “dangerous”, “reckless”, and “uninformed”. McCarthy has been described by journalists as “the nation’s most prominent purveyor of anti-vaxxer ideology” and “the face of the anti-vaxx movement”. Although she disputes the anti-vaccine label, saying instead that she prefers the term “pro-safe-vaccine-schedule”, this self-description has been met with strong criticism.
https://en.wikipedia.org/wiki/Jenny_McCarthy

Hilarious, isn’t it? From her own horse mouth, she says she’s not anti-vaccine, she prefers the term “pro-safe vaccine schedule” and yet the mainstream tries to label her as “dangerous” and “reckless”, calls her the “nation’s most prominent purveyor of anti-vaxxer ideology” and the “face of the anti-vaxx movement”.

Vaccines Not Primary Cause of Autism
Scroll to top
We use cookies on our website to give you the most relevant experience by remembering your preferences and repeat visits. By clicking “Accept”, you consent to the use of ALL the cookies.
Cookie settingsACCEPT
Manage consent