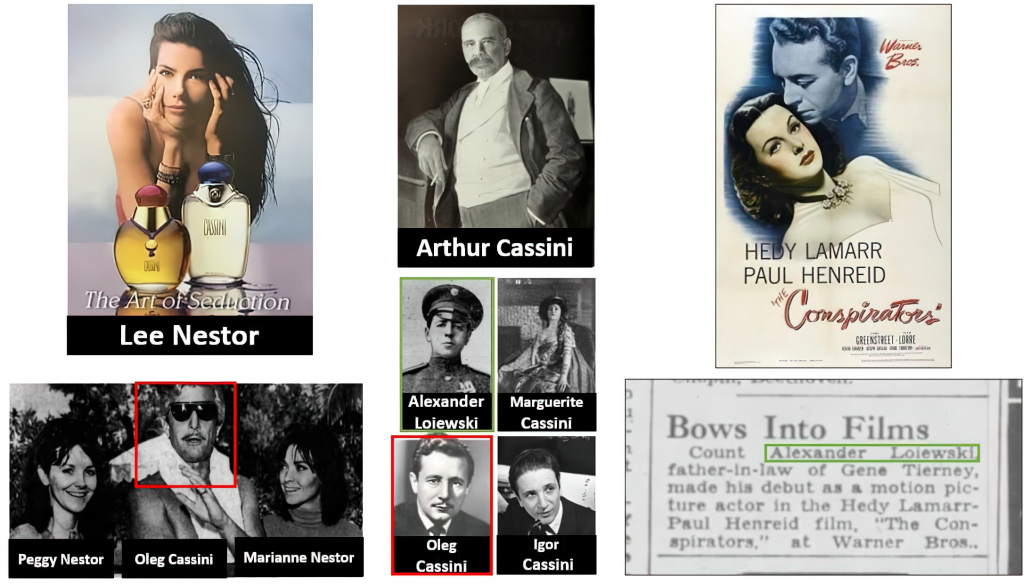 Czar Nicholas’ ambassador to China and the United States was Arthur Cassini.

HIs daughter, Marguerite, married Alexander Loiewski. Their two children were Oleg and Igor.

Both Oleg and Igor were known as “playboys” and had multiple wives. What is a playboy?

Marianne Nestor was Oleg Cassini’s future wife. When Oleg died, his estate was worth over $60 million dollars – which is when Marianne produced a marriage certificate from 1971. Remember that point.

Peggy Nestor is Marianne’s sister and mother to Lee Nestor – Del Bigtree’s wife. This is why you see Lee Nestor in “Cassini Parfume” advertisements.

Marianne and Peggy controlled the Cassini estate and companies after his death.

My Observations From a Year Ago

Greg Wyatt – My Swan Song – The True Story of Two Fathers
Scroll to top
We use cookies on our website to give you the most relevant experience by remembering your preferences and repeat visits. By clicking “Accept”, you consent to the use of ALL the cookies.
Cookie settingsACCEPT
Manage consent