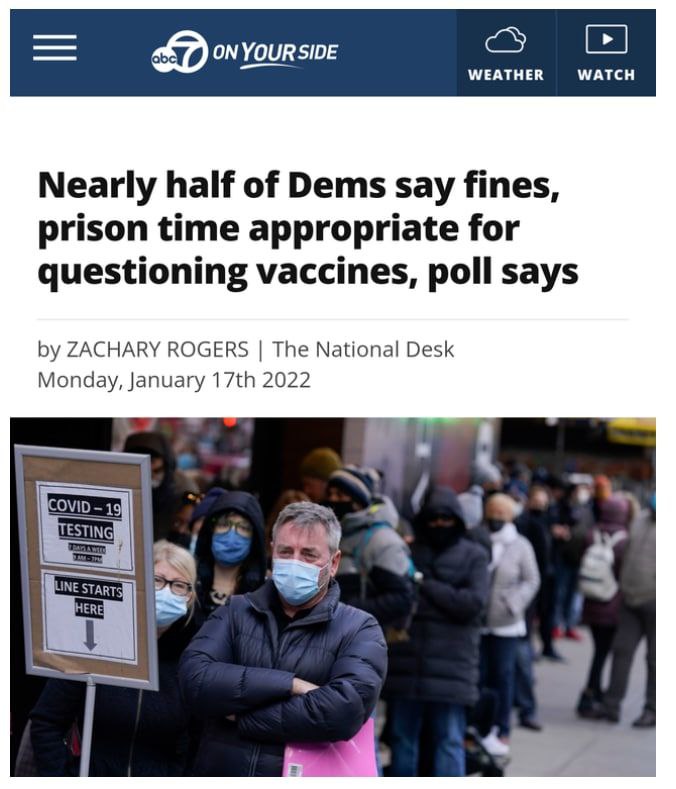 WHUT!?? 🤣 For simply QUESTIONING them? The indoctrination camps have been churning out some winners! The entire premise of SCIENCE is BASED on a method that QUESTIONS… beginning to end.

“WASHINGTON (TND) — A majority of Democrats support punitive and restrictive policies against the unvaccinated, according to the results of a new poll.

A recent national telephone and online survey from The Heartland Institute and Rasmussen Reports says respondents who claimed to be Democrats supported a sort of house arrest for the unvaccinated, among other punishments and deterrents.

Fifty-nine percent of Democrats who took the poll were in support of a theoretical government policy which would confine those who have not been vaccinated to their own homes unless it was an emergency. Overall, sixty-one percent of all respondents were against the policy…”

Life of a Vaccine Injured Adult
Scroll to top
We use cookies on our website to give you the most relevant experience by remembering your preferences and repeat visits. By clicking “Accept”, you consent to the use of ALL the cookies.
Cookie settingsACCEPT
Manage consent