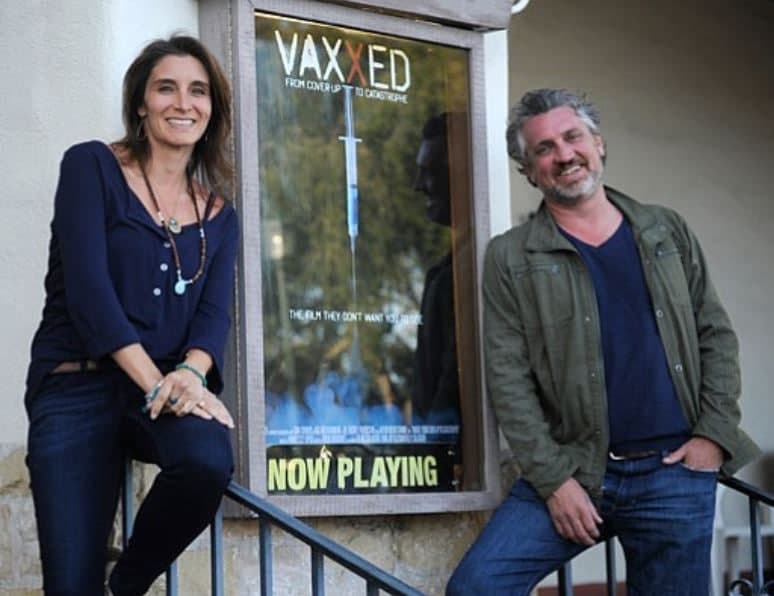 Who Was Brandy Vaughan?

Why can’t I find in any obituary mention of her who her actual parents are or any surviving other relatives?

Is this an assumed identity? Maybe someone can look into birth certificates to verify this information?

“Vaughan attended the University of California Santa Barbara and started her career working as a professional copywriter, editor and marketing consultant.”

Other sources report that Brandy’s degree was in Journalism and marketing with no mention of Bio-chemistry & Political Science.

Do you find it odd that Brandy allegedly graduated from UCSB with a degree in Bio-chemistry & Political Science…
https://www.independent.com/obits/2020/12/31/brandy-vaughan/
…yet started her career as a copywriter, editor and marketing consultant?

Notice that Brandy says that “She worked on a wide range of SUBJECTS?”

Worked on subjects? Not actual work related but studied?

She added, “I’ve worked on a wide range of subjects almost as far-reaching as my curiosity, such as healthcare and medical, technology, banking/financial, human resources, lifestyle, corporate responsibility, sustainability and environmental issues.”

Does this sound general and vague? No details as to where or for whom these “PROJECTS” were done.

Did Brandy really work as a rep for Merck? An odd career turn?

Vaughan worked for Merck & Co. from 2001 to 2003, but resigned after learning that her employer falsified safety data on Vioxx, covering up the fact that it doubled the risk of heart attacks and stroke.

Merck had lapses of Integrity way before Vioxx. Don’t you think Brandy would have researched Merck prior to working there? She was a ‘journalist’ after all?

Studies link Januvia to pancreatitis, pancreatic cancer and severe joint pain. According to lawsuits, some former Januvia users died after using the drug. A judge dismissed Januvia lawsuits in 2015. But as of 2018, an appeals court reinstated hundreds of pancreatic cancer lawsuits.

Organon, a subsidiary of Merck, manufactures NuvaRing, a birth control ring associated with life-threatening blood clots. Because of the possible side effects, the FDA released a drug safety communication in October 2011. People filed more than a thousand federal NuvaRing lawsuits. The company settled almost all of them for $100 million in 2014.

Merck changed Propecia’s label in 2011 to warn of the possibility of cancer and sexual side effects. It warned side effects may continue even after stopping treatment. As of May 2018, about 900 Propecia lawsuits remained pending in federal court in New York.

After allegedly working as a salesman for Merck, “Subsequent to working for Merck, she joined ABN AMRO Asset Management as their senior proofreader just as author.”

After leaving her job at Merck, she lived in Europe for 8 years with her son.
https://www.thefocus.news/lifestyle/brandy-vaughan-death/

From 2004 to 2015, she wrote that she was an independent writer and editing professional. Her work included “freelance editing, writing and marketing consulting for clients including Philips, ABN AMRO, ING, Nike, UPC, Media Partners, the United Nations Environment Programme (UNEP), Global Reporting Initiative (GRI) and Friends of the Earth.”

She added, “I’ve worked on a wide range of subjects almost as far-reaching as my curiosity, such as healthcare and medical, technology, banking/financial, human resources, lifestyle, corporate responsibility, sustainability and environmental issues.”

She was managing editor of Password Magazine from 2007 to 2010 and was a senior editor and writer for ABN AMRO Asset Management in the Netherlands for two years, according to her LinkedIn. From 2001 to 2004, she was a sales rep for Merck.

How does her stated background as editor, proofreader, author, essayist and “altering proficient” (whatever that means) qualify her for a sales- rep position with Merck?

2007 -2015 – From the year 2007 until the year 2010, she had additionally functioned as an overseeing editorial manager for Password Magazine at Philips Research.

Could her professional background be fabricated? Do we have any real proof this is legit?

“Upon returning to the States with a vaccine-free son, she was bullied at a pediatrician’s office when she asked questions that every parent should ask like, ” What are the ingredients in these vaccines?”

Brandy’s statement below is proof she knew the score about the vaccine pushers in USA?

“How come children in other countries are healthier, but receive far fewer vaccines?”
https://www.thesun.co.uk/news/13429512/brandy-vaughan-anti-vaccination-dead/?utm_source=facebook

“Vaughan returned back to the US with her six-month-old son and took him to a wellness visit in California. Knowing little about vaccines, but enough to know not to trust pharmaceutical companies, she asked the doctor, who was pushing for her son to be vaccinated, to see the inserts. This angered him.

He accused her of not trusting him before storming out of their visit, after which the nurse made sure to let them know that they weren’t welcome back.

The experience sent Vaughan down the rabbit hole of vaccine research, which unveiled a multitude of concerning information leading her to decide to not vaccinate her son. After learning about the flawed data on vaccines, the toxins they contain and the total lack of safety testing, Vaughan turned to activism as she began to spread awareness about the risks of vaccines, focusing particularly on speaking out against California’s SB277 forced vaccination law.” https://www.youtube.com/watch?v=fuTXlCGjqMc&t=4s

Is it odd that Brandy took her son to a pediatrician after having “studied the healthcare system for 8 years” as the story goes?

There is no mention of her son being ill, so this appointment was likely a “wellness visit?”  Why would she do that? She really didn’t think the doctor would push vaccines? She studied the USA allopathic health care system and supposedly compared it to the European allopathic model and was surprised?

This was filmed on July 3rd 2015, almost a year before Vaxxed the movie came out. This was a carefully timed psyop. They both knew they were going to be heavily involved with the movie and were setting things up for the Griff.

I founded the non-profit organization LearnTheRisk.org in response to the pharmaceutical industry’s agenda to make and keep people sick for profit — and take away our right to decline medical procedures, treatments and pharmaceutical drugs. I expose the very real dangers of pharmaceutical products and the corruption between the industry, the media, and the government. #LearnTheRisk

LIVING OFF AN INHERITANCE

“I’m the one that’s in the light, and I’m not going to suffer any bad karma from what I’m doing, because I don’t even take a salary, and I fund Learn The Risk mostly, not mostly, because IRS won’t allow that, but partly, with my own money, and it’s running out, and you know, that’s my role in life, and it’s my mission to create a healthier world, and expose the darkness where it’s at.” [Brandy states her money is running out. There is no IRS regulation that I am aware of that prevents Brandy from contributing to her own organization.]

“I’m the one that’s in the light, and I’m not going to suffer any bad karma from what I’m doing, because I don’t even take a salary, and I fund Learn The Risk mostly, not mostly, because IRS won’t allow that, but partly, with my own money, and it’s running out, and you know, that’s my role in life, and it’s my mission to create a healthier world, and expose the darkness where it’s at.” [Brandy states her money is running out. There is no IRS regulation that I am aware of that prevents Brandy from contributing to her own organization.] 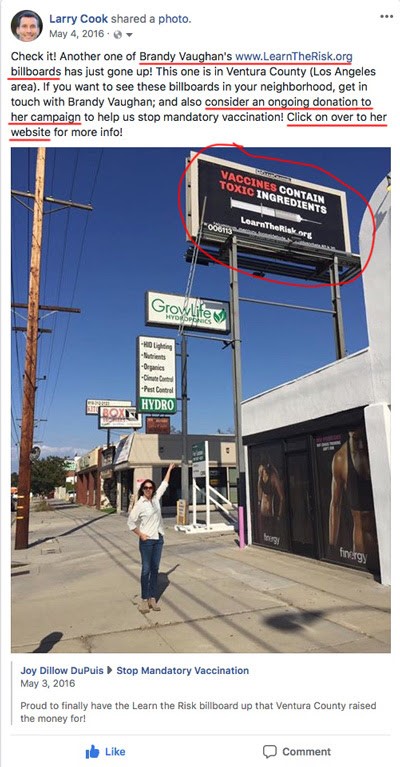 When we were dating I learned that Brandy was living on inheritance money and yet she was going through it very quickly. I ran calculations and determined she’d be out of money in about two years at her very high spending rate. We discussed strategies to reduce expenses while increasing overall revenue, and one strategy (of many) was to set up monthly donations. That monthly donation option on her website was my idea and is based on my own monthly donation option.”

The California Attorney General’s ‘Registry Verification Search’ allows you to search and verify whether a charitable organization has complied with the Attorney General’s registration and reporting requirements.  Status is DELINQUENT as of April 27, 2021.

Check the link yourself:

“journalist/writer/editor “but mostly a world traveler”

Look over the couchsurfing link above. Can you please tell me how this all fits in with Brandy’s supposed resume? Read over the details carefully. Remember she was living on an inheritance? No mention of studying health care or comparing the health care systems of the USA vs Europe.

What’s wrong with this picture? Help me out because it doesn’t add up.

Received the following message with some interesting observations from a reader:

I just went through your Brandy intel on your website. It absolutely wreaks of deception. I remember her saying that she wanted to spend the rest of her life traveling the world thanks to her “inheritance”…

You made so many great points. I can finally put this topic to rest. Thank you Greg!!

OK, so Brandy is a low level grifter. Cointelpro to keep the pot stirred. The Big Grifters know how to sow dissension, to divide people, to set up funding groups and steal the little guy’s money yet again. They make sure limited hangout “alt” channels persist to point us at small issues. Meanwhile at the top they have bribed and blackmailed the Congress, the judges,…and they know reform is unlikely in any way that will touch their profits.
People like Brandy are probably recruited and given a mockingbird CV and such have decided if you can’t beat ’em, join ’em.

To me it looks like Brandy Vaughn is just another EGI transfromer that’s probably transitioned back to life as a biological male. Probably couldn’t continue with HRT (hormone replacement therapy) so they killed off the character. Here is my massive compilation of EGI. IMO EGI is the lowest common denominator of all things that seem inexplicable. I’ll have to look into this BV character more to be sure about her/him/it. Please don’t dismiss this off the cuff. The evidence to consider is here: 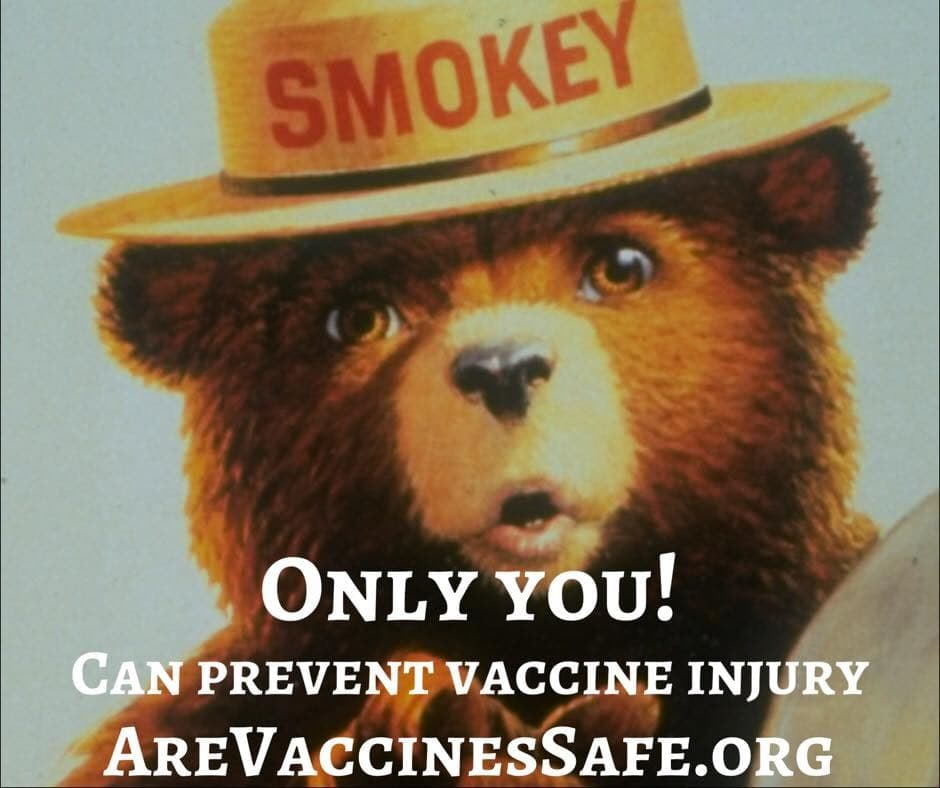 A Warning to the World! The Anti-Vax Leadership is a Trojan Horse (Video)

What Are the 72 Other Genders – (You know… the Humans That Are NOT...
Scroll to top
We use cookies on our website to give you the most relevant experience by remembering your preferences and repeat visits. By clicking “Accept”, you consent to the use of ALL the cookies.
Cookie settingsACCEPT
Manage consent