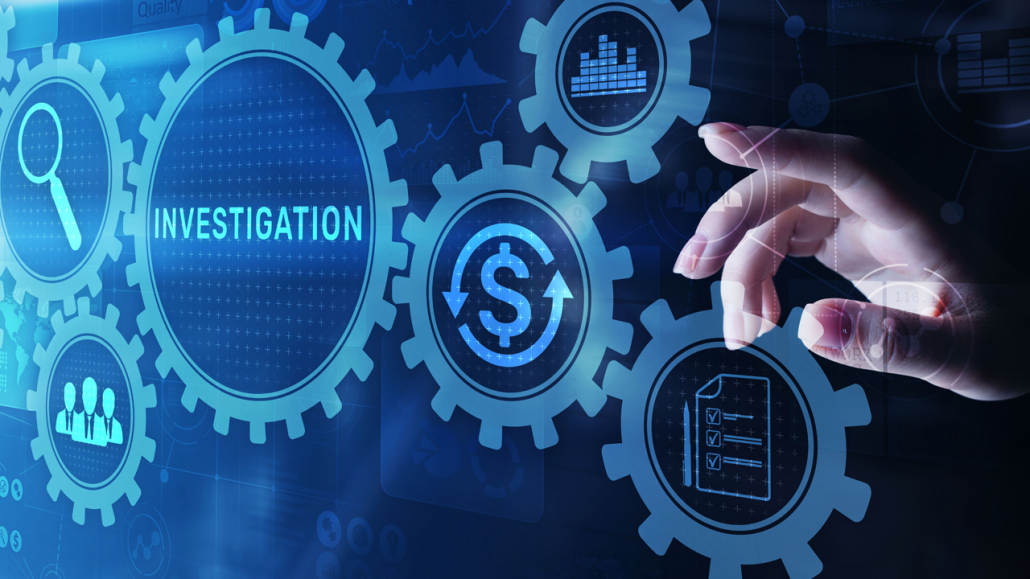 A few days ago John Brisson from We’ve Read the Documents posted a video about RFK Jr.’s links to Ghislaine Maxwell and Epstein. [https://www.youtube.com/watch?v=MUDS79XWvj0] (Video no longer available)

I compiled a text version of the sources mentioned by Brisson, I added some of my own research, and I posted it on the Discord channel of Mark Kulacz. [https://sites.google.com/a/housatonicits.com/home/] If you have something you can contribute to the research, please join us at the Discord channel. [https://discord.gg/rvT5BPFeCR] It would be great if more hardcore researchers such as yourself joined there.

From an article published in _OK Magazine_ in 2020: [https://okmagazine.com/news/ghislaine-maxwell-hohn-f-kennedy-jr-sexual-hookup/]

In a PDF of Epstein’s flight logs, Bobby Kennedy Jr. is mentioned on page 26 under the date 1994-02-17, and on a return flight 10 days later on 1994-02-27. [https://www.documentcloud.org/documents/21165424-epstein-flight-logs-released-in-usa-vs-maxwell] The first entry includes “BOBBY KENNEDY” and “BOBBY KENNEDY, JR” and the second entry includes “BOBBY KENNEDY, JR” and “BOBBY KENNEDY III”. Both entries also include other names, but I’m unable to read them. I think in both cases the entries refer to RFK Jr. and his son Bobby Kennedy III. Bobby III was born in September 1984, so he would’ve been 9 years old at the time.

RFK Jr. said that his family was on Epstein’s plane because they went fossil hunting: [https://trofire.com/2021/12/10/bobby-kennedy-jr-named-in-epstein-investigation-following-criticism-of-fauci/]

Cousins said that RFK Jr. said that “We went fossil hunting for the day. They brought us right back.” However the flight log shows that the return flight was 10 days after the incoming flight. 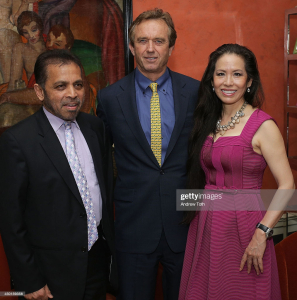 From a Vox article which consist of a summary of a longer article by Connie Bruck: [https://www.vox.com/identities/2019/7/30/20746983/alan-dershowitz-jeffrey-epstein-sarah-ransome-giuffre]

Bruck’s article mentioned that in 1991 when there was a trial where RFK Jr.’s cousin was accused of rape, Dershowitz criticized the prosecution in the media: [https://www.newyorker.com/magazine/2019/08/05/alan-dershowitz-devils-advocate]

Dershowitz was also a member of the defense team in the trial of Harvey Weinstein in 2018 and in Trump’s first impeachment trial in 2020.

## The trial of William Kennedy Smith

The defense lawyer of William Kennedy Smith was Roy Black. [https://en.wikipedia.org/wiki/William_Kennedy_Smith] Roy Black was also part of the team that gave Epstein his sweetheart deal: [https://www.dailymail.co.uk/news/article-7234267/Jeffrey-Epsteins-lawyers-SMEAR-victims-insist-underage-girls-lied-age.html]

In 2006, private investigators working for Roy Black helped to dig dirt on Epstein’s girls to make the prosecution skeptical: [https://eu.palmbeachpost.com/story/news/courts/2019/07/17/man-who-had-everything-jeffrey-epstein-craved-big-homes-elite-friends-and-underage-girls/4676283007/]

During the trial of William Kennedy Smith, Dershowitz said that the case shouldn’t have been televised: [https://www.newspapers.com/image/268071835]

Epstein’s housekeeper Juan Alessi said that he saw RFK Jr. at Epstein’s villa at Palm Beach. Brisson said that it was more unusual than to see Trump at the Palm Beach villa, because Trump has Mar-a-Lago at Palm Beach, but actually the Kennedys also had a huge estate at Palm Beach from 1941 to 1995. It was located at 1095 N Ocean Blvd, which is about 7 km away from Epstein’s villa at 358 El Brillo Way. It was leased to RFK Jr.’s mom Ethel: [https://eu.palmbeachpost.com/story/news/2021/11/04/couple-buys-palm-beach-seaside-house-previously-leased-ethel-kennedy/6217372001/]

RFK Jr.’s brother died while he was partying at Palm Beach: [https://en.wikipedia.org/wiki/David_A._Kennedy]

## Another link between Ghislaine and the Kennedys

Ghislaine also attended the wedding of RFK Jr.’s brother Max, or at least she was invited there: [https://www.thesun.co.uk/news/12027580/ghislaine-maxwell-daddys-girl-epstein/]

Lefcourt was also part of the team that gave Epstein his sweetheart deal: [https://nypost.com/2019/08/03/jeffrey-epstein-lavished-cash-on-lawyers-charities-after-sweetheart-plea-deal/]

Lefcourt and Dershowitz wrote a letter which said that Epstein was part of the original group that conceived the Clinton Global Initiative [https://abcnews.go.com/US/victims-feds-hid-sweetheart-deal-sex-offender-deep/story?id=36843144]

Lefcourt, Black, and Dershowitz were early members of Epstein’s defense team, but Ken Starr joined it later on: [https://pagesix.com/2007/09/06/whitewater-man-on-sex-case/]

An article that was published in _New York Magazine_ in 2007 said that Epstein’s “dream team of lawyers” was “led by Gerald Lefcourt”. [https://nymag.com/news/features/41826/]

Dershowitz said that “my wife and I were introduced to Ghislaine Maxwell by Sir Evelyn and Lady Lynne de Rothschild”. [https://spectatorworld.com/topic/ghislaine-maxwell-know-jeffrey-epstein-alan-dershowitz/]

Lynn Forester de Rothschild is listed as a member of CFR. [https://www.cfr.org/membership/roster] CFR’s membership list also includes five people with the surname Kennedy, but I think the only one of them who is closely related to RFK Jr. might be Edward Kennedy Jr. (In 2020, Kennedy was ranked as the 130th most common surname in the United States.)

In the letter by Dershowitz and Lefcourt, they also said that Epstein supported the CFR and Trilateral Commission: [https://books.google.com/books?id=SF3HDwAAQBAJ&pg=PT248] 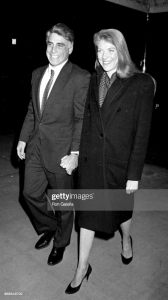 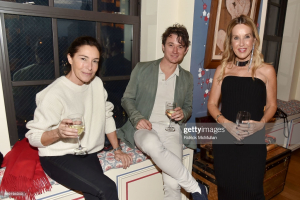 This is Christina Oxenberg’s sister (or it could be her half sister if Christina’s father is actually JFK): [https://en.wikipedia.org/wiki/Catherine_Oxenberg]

In 2018, he was married to “writer, peace activist and former CIA officer Amaryllis Fox”: [https://en.wikipedia.org/wiki/Amaryllis_Fox]

It’s funny that Bobby Kennedy IV is a girl.

Some of the etymologies that are proposed in this book seem a bit speculative, but here’s parts of the book _Jews and Muslims in Colonial North America_ which mention the name Kennedy: [https://archive.org/details/B-001-001-711]

The book “Bloodlines of the Illuminati” by Fritz Springmeier says that Marilyn Monroe was a Jew: “Anton LaVey found Marilyn Monroe, a Jewish girl, working as a striptease in the strip clubs. LaVey helped her performance, and through his connections got her started on her big career.” [http://www.whale.to/b/sp/kennedy.html, https://archive.org/details/bloodlines-of-the-illuminati-by-fritz-springmeier]

When she married a Jew in 1956, she became an overt convert to Judaism: [https://en.wikipedia.org/wiki/Marilyn_Monroe]

Thanks for posting. Dr. Andrew Moulden, a genius who exposed vaccines uttered the forbidden words “Those damn vaccines.”
(1) died suddenly in 2013 at ripe old age of 49 after beginning public speaking that all vaccines cause damage
(3) his website http://www.brainguardMD.com was hijacked after death & now is about “steel bullet shooting” as a warning to other doctors
(4) His website while alive: https://web.archive.org/web/20091221002757/http://tolerancelost.com/
(5) vaccines cause mini strokes due to causing blockage in small arteries
(6) he could examine photos & tell exactly which facial muscles suffered damage from vaccine-caused brain strokes
(7) autism is direct result of vaccine damage
(8) modern medicine is fraudulent as is treatment
(9) body needs a state of negative charge -15 to -100 millivolts
(10) your body has a negative charge, thus blood components (like 2 negative poles on magnet) repel each other & stay magically suspended, unlike Neslie Quick that sinks to bottom of glass of milk.
(11) aluminum has positive charge (+10), so if you are already at -10 millivolts, you reach 0 & suffer “phase change”
(12) “phase change” is like when water changes to ice at 32 degrees F.
(13) if your body changes from negative charge to zero charge or positive, blood cells will be attracted to each other instead of repelled
(14) vaccines can cause body phase change which results in clogging of blood vessels, strokes & possible death
(15) Corona vaxxes contain graphene, high positive charge. That’s what causes heart attacks, strokes.
https://www.youtube.com/user/executivereasoning2/videos

Connect the Dots my Friends!

Forsaken Generation on with Authors Chris Kirkof & Adam Ringham
Scroll to top
We use cookies on our website to give you the most relevant experience by remembering your preferences and repeat visits. By clicking “Accept”, you consent to the use of ALL the cookies.
Cookie settingsACCEPT
Manage consent