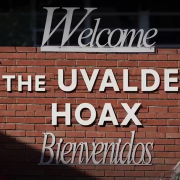 I’m normally not into these types of documentaries but there’s probably some good stuff in here.

Watch the evidence. Stop imagining the proposed horror and letting your emotions take over your thinking and use your God given brain.

This is the most shocking thing I’ve seen in a long time This will make your toes curl! F*** sick s***. I don’t even know how to respond. Watch it carefully… is 4 minutes The police allowed those kids to be slaughtered and could have stopped it before the shooter even entered the school.

The American-Statesman is publishing a video account of the delayed police response at Robb Elementary School in Uvalde after a gunman walked into two classrooms and killed 19 children and their two teachers.

The video that we obtained is one hour and 22 minutes long. It is tragic to listen to and watch. Our decision to publish, along with our news partner, KVUE, comes after long and thoughtful discussions.

The Statesman is publishing two versions of the video, one that we edited to just over four minutes and highlights critical moments: the ease of gunman entering the school, how he shot his way into the classroom, the repeated sound of gunfire, and then the delay by police to stop the killer for 77 minutes as dozens of heavily armed officers stage in the school hallway before a group finally storm the classroom and kill the gunman.

We are also publishing the entire video for those who want to see what we obtained. In both videos we blurred the identity of a child who exits a bathroom as the shooter approaches the classroom. The child runs back to bathroom to hide and was later rescued. We also have removed the sound of children screaming as the gunman enters the classroom. We consider this too graphic.

We have also chosen to show the face of the gunman as he enters this school. Our news organization guidelines state that we should not glorify these individuals and give them the notoriety that they seek. We chose, in this instance, to show his face to chisel away at any conspiracy that we are hiding something. This last point included much discussion among our senior leaders, our Managing Editor for Standards Michael McCarter, our lead reporter, Tony Plohetski, and his editor, Bob Gee.

We also are publishing a narrative story. Our editorial process for the video and story also included a thorough legal review. Our goal is to continue to bring to light what happened at Robb Elementary, which the families and friends of the Uvalde victims have long been asking for.

The video starts with the gunman wrecking a pickup truck outside the school, then shooting at two good Samaritans who are not hit and flee. The gunman jumps a fence and walks toward the school and he begins shooting again. By then, callers have dialed 911, children are running. The audio of a 911 call is included in the video. The killer opens the outside door to the elementary school and enters, now with a bit more caution, toward the classrooms where he opens fire.

You hear children screaming, and more gun shots, followed by a pause, and then more gunshots, and then sporadic gunshots. Authorities have said he fired more than 100 shots. Some three minutes after the shooting begins, three officers initially respond and run to the classroom door, where there is more gunfire, and the three officers retreat to the end of the hallway and stand behind the corners that provide some cover.

For the next hour-plus, officers congregate and amass in the hallway and then more show up. Heavily armed officers from at least five agencies stand in the hallway that lead to the classrooms. These officers carry dozens of high-powered rifles, handguns, vests, helmets, camouflage gear and shields.

We know now — thanks to the many news organizations that continue to dig for the facts — that some students quietly called 911 from inside the classroom for help, a critically wounded teacher could hear officers just outside the classroom, and that 911 dispatchers were fielding the calls of desperation.

We also know that exasperated parents, family members and bystanders standing outside the school begged authorities to do something.

We have to bear witness to history, and transparency and unrelenting reporting is a way to bring change.

This tragedy has been further tragic by changing stories, heroic-sounding narratives proven to be false and a delay or in most cases rejection of media requests for public information by law enforcement leaders, public officials and elected leaders. Many of the requests now rest in the hands of Attorney General Ken Paxton’s office, who has not yet decided what should be released.

But there are also heroes: elected leaders, public officials, law enforcement officers, survivors of the massacre who want the truth out. The truth always wins, maybe not on our clock, but the truth always prevails.

And that is the reason that we publish alongside KVUE.

This story is part of a much larger public records and legal battle from our journalists, aligned with reporters in Uvalde, around Texas and the United States, to obtain all videos of the tragedy, body-camera footage, communications, 911 calls and more.

We are all aligned for the truth. Thank you for your time and support. Please consider coming alongside us and support our public service mission by subscribing to the Statesman.